Dear students,
Elisa Balmaceda will present her work on our next roundtable.
(monday 4pm, room 115).
On tuesday we have Isabell Spengler as a guest in our seminar.
(3 pm, room 115).
Take a look at the text´s i sended via mailinglist. See you yara 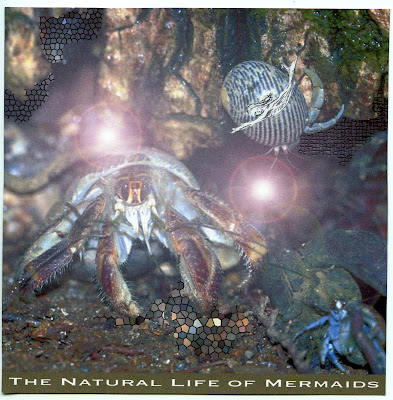 Isabell Spengler will present a selection of Holiday Films, she was involved in, including titles such as: MUMMY (Berlin, 2006), TRANSFORMATION IN THE LAND OF ENCHANTMENT (Texas, 2003) and QUOI QU’IL EN SOIT, JE BRULE (France, 1995).

Isabell Spengler is a Berlin based artist and filmmaker. Since 1998 her collaborative and solo works in film and performance have been shown in festivals and exhibitions worldwide. Since 2004 she works as a lecturer for experimental film at the Universität der Künste Berlin.

„Holiday movies are a violation of borders between holiday and work, expertise and amateurship, private and public spaces and fantasies.“, said a member of the Holiday Movies Initiative, in her personal manifesto.

The Holiday Movie Initiative, an international group with fluctuating members, was found in 2004 after the completion of the film THE NATURAL LIFE OF MERMAIDS. Since 1995 already, there had been an ongoing production of films made during group vacations. The films shared a certain process of lightheartedly appropriating situations, people, appearances, places and objects encountered on vacation as scenarios, characters, costumes, locations and props in their (fictional) film stories.

With the ongoing exhibition and distribution of these films, the group felt the need to describe the new genre they had coined appropriately: Each member of the 2004 group, which included but wasn’t limited to Antonia Baehr, Nancy de Holl, Alice Könitz, Jennifer Sindon, and Isabell Spengler, wrote their own manifesto outlining HMI’s purpose, goals, techniques and attitude

This entry was posted in Uncategorized. Bookmark the permalink.